Fela Kuti’s Zombie Album.
Who you ask? Actually, I’m not totally sure yet either. But what I do know, is that he influenced not only many musicians across the world but also created a musical style called Afrobeat.
Around May of 2013 I read a great book by Talking Heads founder David Byrne called How Music Works. In that book David talks about the influence that Fela Kuti had on him and his music.

“…I knew that he was a phenomenon, a unique phenomenon, in that the music he was bringing together, it sounded like it, and it truly was, he had lived in the United States for a while, he was influenced by the Black Power movement in the late ’60s, by the different strands of American music at that time, whether it was Miles Davis or Coltrane, James Brown, etc. And you could hear all that, you hear him put it together with African grooves and create something completely new out of it. But it’s obviously informed by, he’s bringing a lot of what was happening on this continent back to Africa. Just amazing! The lyrics and everything, having something to say that wasn’t just party music, that made it pretty incredible too.”
– David Byrne on Fela Kuti, 1999

I thought I should look in to Fela at that time but it got lost in the chaos of my mind and I neglected to follow up on my instincts. Fast forward to July of 2014 and I am watching a crazy documentary in an L.A. hotel room while in town for work. Beware of Mr. Baker follows the strange and drug-fueled career of Ginger Baker who was the amazing drummer behind Eric Clapton’s Cream(Check out Disraeli Gears if you haven’t already), Blind Faith and – you guessed it – he also played with Fela Kuti.
OK, how have I never heard of this guy before and then I randomly am exposed to him through David Byrne and Ginger Baker? This is what I love about music; you are always chasing the white rabbit. The influences and discovery of great music never ends.
In July I did watch a few videos and listen to tidbits of his songs, but I felt I really needed to rediscover this artist and have had it on top of my mind. It didn’t take long to discover that he has a long queue of current music icons and influencers. Here is one article alone that has praise from the likes of Brian Eno, Talib Kweli, George Clinton, Common and Paul McCartney to just name a few.
http://www.okayafrica.com/video/fela-kuti-afrobeat-legend-interviews/
If Paul McCartney is in, I have to be in.

So I have chosen what appears to be his most influential album called Zombie. Released in 1977(I was just watching Star Wars, lol), Zombie brings his political views to the forefront, which you will see eventually leads to his death. This is an amazing story and an amazing musician that continues to influence modern rock, rap, hip hop, jazz, latin and so much more. I can’t wait to learn more about him and this afrobeat music. Let the listening and discovery begin.
Album link: https://itunes.apple.com/ca/album/zombie/id682197269
About Fela: http://en.wikipedia.org/wiki/Fela_Kuti
Zombie Album Details: http://en.wikipedia.org/wiki/Zombie_(album)
Other Links:
findingfela.com
felaproject.net
Red Hot + Fela
I hope everyone enjoys this first pick.
Darren Scott
Click here to read our reviews of Zombie.

The Dawn of Def Jam via Rolling Stone 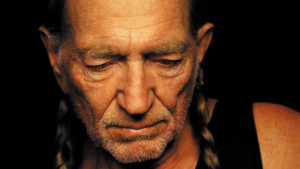