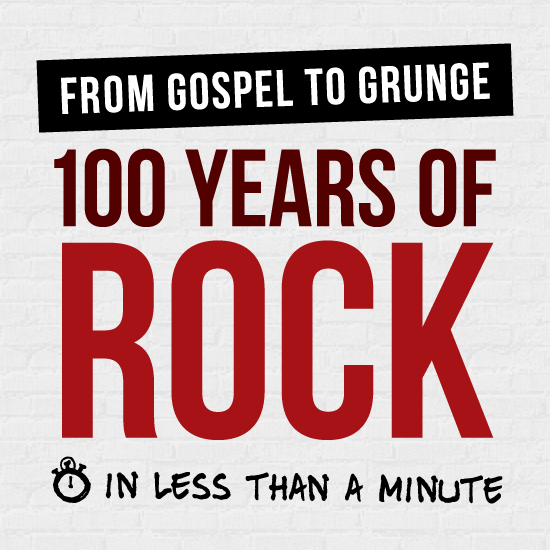 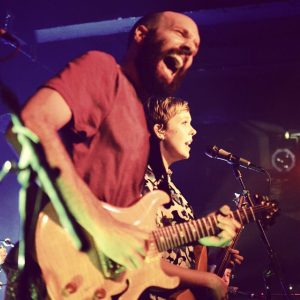 Pomplamoose just finished a 28-day tour. We played 24 shows in 23 cities around the United States. It was awesome: Nataly crowd surfed for the first time ever, we sold just under $100,000 in tickets, and we got to rock out with people we love for a full month. We sold 1129 tickets in San Francisco at the Fillmore. I’ll remember that night for the rest of my life.
One question that our fans repeatedly asked us was “what does it feel like to have ‘made it’ as a band?” Though it’s a fair question to ask of a band with a hundred million views on YouTube, the thought of Pomplamoose having “made it” is, to me, ridiculous.
Before I write another sentence, it’s important to note that Nataly and I feel so fortunate to be making music for a living. Having the opportunity to play music as a career is a dream come true. But the phrase “made it” does not properly describe Pomplamoose. Pomplamoose is “making it.” And every day, we bust our asses to continue “making it,” but we most certainly have not “made it.”

Read the full article here, it will amaze you. 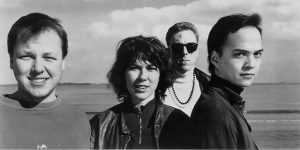 I (Darren) am speaking for the group here but I’d say our overall recommendation is:
Buy Zombie if you already like Jazz and funky atmospheric music and want something for a dinner party.
As this was our first review, I enjoyed the process and look forward to the next album.
Don’t agree with us or have a comment or suggestion? We’d love to hear from you. Leave a comment or contact us.

Darren’s Review
As I chose this album I was, of course, really hoping to like it. I had heard a few sections of songs before the pick but had never listened to a full album. I listened to it several times throughout the month and tried to just experience it. A few things struck me right away:
• There were very little vocals
• The songs were at least 10 minutes long and there were only 4 of them
• The drum beat (Afrobeat) that I had heard of did really stand out
• It wasn’t quite Jazz, Blues or Funk but had elements of all of them. I couldn’t help but think that Fela had to be influenced by James Brown.
I am a Jazz fan though I don’t listen to it as much as I had in my Jazz phase in the early-mid 90s so I was used to and enjoyed the flow and changing tone and tempo of the music. That being said, this is very much something I’d refer as background music to me. This would be great played in the background of a dinner party, on a date, or perhaps while you are working away on your computer and not really concentrating on the music.
What I did really like is that Fela took what he liked from several styles of music and made it his, I can see why that would attract musicians to push themselves and experiment across genres. What I was disappointed with was that I really thought this would be more upbeat and something you’d want to really move too but I thought the Zombie album just didn’t push me there. I do think this was the type of artist you want to have seen live.
All in all, I did like the album and would recommend it to those that like Jazz with a twist. I would say that I was expecting a bit more but I will try to listen to more of his music over time. I’ll hear you at my next dinner party Fela, but probably not regularly in my playlist.

Prior to joining the Sonic Collective, I had never heard of Fela Kuti, nor had I been exposed to his music (at least not in a way I was cognizant of). Admittedly not something I would naturally gravitate to, it took a bit of repeated listening before I grew to appreciate Zombie for what it is: a bombastic, funky, percussive and soulful journey into another time and place. On my third run through the album, I decided to pour myself a scotch, clear my mind, and just listen. It didn’t take long for the music to start making sense to me. It isn’t cathartic in any appreciable way for me, and there aren’t any particularly catchy vocal hooks that make me want to sing along. Instead, it’s easy listening at it’s finest. Like elevator music, only a thousand times more interesting. It’s the kind of music I’d like to imagine Don Draper would have listened to, presumably while enjoying a cigar or the company of his secretary. And man, she would have thought he was cool for listening to Fela Kuti.
The minimal vocals, winding bass line, and a too-smooth lead saxophone juxtapose fantastically against staccato percussion, and the occasional crescendos from the supporting brass section. While it’s still not something I think I’d be grooving out to on the regular, I can’t help but find myself drawn to Zombie from both a place of curiosity, and the desire to just relax and unwind.
Incidentally, my favourite track from the album is Mister Follow Follow, and it’s definitely worth a listen.

Greg’s Review
When I first pressed ‘play’ I wasn’t looking forward to this album. I’ve never really liked this type of music – there was a lot of what seemed like ‘free-flow’ jazz/blues/funk playing; no real direction, random notes, discombobulation. The argument I always hear for this type of music (and forgive me if I’m pigeonholing it) is that the important thing aren’t the notes that are being played, but the ones that are NOT being played. I’ve always called bullshit on that. That’s like me saying I’m a famous author because of the books I haven’t written.
Anyway.
I started in and was surprised by how much I dug it, despite one nagging consistency throughout: just when I was really getting into the groove of the song, some element would pop up that just kind of took me out of the moment. In Zombie it was the organs that kick in at about the 9:15 mark, which sounded like an audience member was invited on stage to jam. I didn’t like Mister Follow Follow overall though, sounded like something you’d hear in the background of a cheesy cop show from the 1970’s (as a fun test I put on Sabotage by the Beastie Boys and muted it, playing this song instead. The tone wasn’t right, but the fashions and hairstyles sure were). Yeah, I know, this album was released in ’76, but still…weak sauce. I liked Observation is No Crime, but again, the women screeching “Tell me, tell me” was a bit grating. Mistake was a nice finish, especially when you read that it was performed at the Berlin Jazz Festival, after which his band left Fela Kuti because they said he was going to use the proceeds from the show to fund his bid for the Nigerian presidency.
However, the cool thing about it was that upon the second listen, I found myself getting right back into the groove, humming along to the melodies in my head as they came up and nodding along with the beat, really enjoying it.
This is one of those that’s a great snapshot of a specific time – the politics, the culture, and the fear of what art can do and the emotions it can stir. I knew nothing about this guy or the situation that surrounded him before, but this is one element of music that often gets overlooked – as a window in a time and place in history that would otherwise go unrecognized.

Scott’s Review
I really wanted to like this album. I was first introduced to the groovy music of Femi Kuti at a bar in Phnom Penh, Cambodia years ago, but had never listened to his father Fela. Like Darren, I also saw him in Beware of Mr. Baker and was intrigued to finally check Fela out. I put Zombie on enthusiastically and was underwhelmed, feeling like I’d been listening to the same beat for 45 minutes. A number of subsequent listens made me appreciate some of the rhythms and gain an appreciation for the impact Fela’s had on other artists, but Zombie just didn’t pull me in as I’d hoped. With a distinct lack of lyrics, the songs felt as though they were intended to be seen in concert, rather than simply heard. The repetitive beats at times droned on with me imagining wildly clad musicians stroking their instruments and grinding it out on stage. I’ll likely try another Fela Kuti album with hopes of falling for his music, but Zombie left me feeling a bit like one.