Nine Inch Nails is not so much a band as it is one man’s musical sandbox. That man is Trent Reznor, and even if you’ve never heard of him before, chances are you’ve probably heard some of the music he’s produced over his prolific career, either through movies or video games. But long before Reznor was an award-winning producer, he was a janitor…


Working nights as a handyman and janitor at the Right Track Studio in Cleveland, Ohio, Reznor took advantage of his down time and access to equipment to record and develop his own music. Playing most of the keyboards, drum machines, guitars, and samplers himself, he recorded a demo and began to shop it around to various record labels. Eventually settling on the name “Nine Inch Nails”, he scored a deal with TVT, a small label originally known as TeeVee Toons, whose bread and butter was releasing novelty and television jingle records.
Thanks to his new recording contract, Reznor got the opportunity to work with a number of producers he idolized, and thus Pretty Hate Machine was born. Much like the demo he cut, Reznor refused to record with a conventional band, preferring to record by himself.
On October 20th, 1989, Nine Inch Nails released Pretty Hate Machine to commercial success, and mixed critical reception. It was the starting point of a long, storied career for Trent Reznor, and it’s the album we’re reviewing this month.
Listen to Pretty Hate Machine on Rdio

Other albums under consideration for this month’s review: 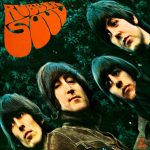 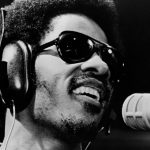