Back in Black is the seventh studio album by Australian rock band AC/DC. Produced by Robert John “Mutt” Lange, the album was released on 25 July 1980 by Albert Productions and Atlantic Records. (Thanks Wikipedia)
This album represents a crossroads for AC/DC. The band’s rising international success is walking a razor’s edge thanks to the untimely death of lead singer Bon Scott. Brian Johnson has stepped in, further opening a door to “outside” influence the band has just barely started accepting in the production studio. Will the emotional highs and lows of the past year break the band or, if it survives, what will the music sound like after hitting the studio again?
Looking back, we know Johnson’s addition to the band has worked out fairly well, and Back in Black is the second-highest selling album of all-time. It’s in the same company as Thriller, The Dark Side of the Moon, Bat Out of Hell, and Rumours. Rarified air indeed. By like those albums, there are 20-30 years between their release and today. How does this album stack up today?
Some members of the team have a history with this album, so we’ll see how things shape up between those of us listening to it in-full for the first time and those returning to rekindle the magic with an old flame.
Rock and Roll ain’t noise pollution, so crank it up, crack a beer and join us on the journey.
Listen to AC/DC’s Back in Black on Google Play Music

Other albums under consideration this month 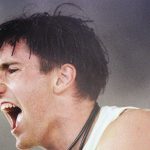 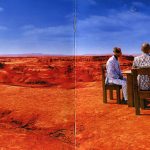