I’ve been thinking for a while that we have gone too long without focusing on the amazing women in music. I’m a big fan of so many of the great women in rock and PJ Harvey is an artist that I have been intending to listen to for a few years now. Every now and then I’d hear or read her name somewhere. As a big Nirvana fan I had heard that Kurt Cobain was a huge fan of this album and of PJ Harvey. When Nirvana was inducted into the hall of fame Dave Grohl even asked her to perform with Krist and himself but she was unavailable.
I don’t know that much about her but I am excited to learn. Just doing the basic research to write this pick has piqued my interest even more and a quick scan of several of her albums has lead me to believe I am really going to enjoy PJ.
It’s so hard to listen to all the music you want to, but I am now happy that I get the chance to listen to this album.
Biography.com offers this summary:

British singer and songwriter PJ Harvey is best known for her wide range of musical styles, ranging from rock to electronica and folk. 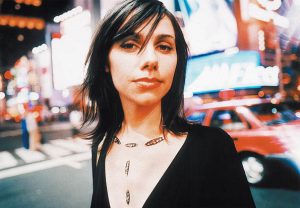 British singer and songwriter PJ Harvey was introduced to music at an early age and began writing songs as a teenager and joined with bassist Steve Vaughn and drummer Robert Ellis to create PJ Harvey in 1991. She is best known for her wide range of musical styles, exploring rock, electronica and folk. Outside of music, Harvey also expresses herself through art. READ MORE HERE

Speaking to Filter magazine in 2004, Harvey said of her debut album: “Dry is the first chance I ever had to make a record and I thought it would be my last. So, I put everything I had into it. It was a very extreme record. It was a great joy for me to be able to make it. I never thought I’d have that opportunity, so I felt like I had to get everything on it as well as I possibly could, because it was probably my only chance. It felt very extreme for that reason.”
Some other resources: 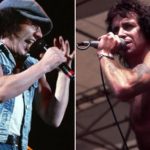 Review of AC/DC: Back in Black