I was in the beginning stages of writing up another selection for January when I read that Lemmy Kilmister, lead singer and ringleader of Motorhead, passed away. There were few musical icons as well established, admired, and entrenched as Lemmy, who was truly a rock God among musicians. There was no one else like him and will likely not be another father figure of hard rock like him again. He talked the talk, walked the walk, and drank the drink. It was who he was – period.

While looking at Motorhead albums online and listening to some tracks, I realized I don’t remember ever listening to a Motorhead album from start to finish. I’m about 30 years overdue, so this month’s pick is Motorhead’s seminal Ace of Spades in honor of The Man.

While this was the band’s fourth release in the UK, it was their first in North America, hitting stores in November 1980. They were clumped into what was referred to as the ‘New Wave of British Heavy Metal’, but Lemmy always insisted they were simply Rock n’ Roll. Their sound influenced countless hard rock bands, including Metallica who credits them for much of their sound.

Pour a Jack Daniel’s (Lemmy’s favorite), turn it up real loud, and strap in for Ace of Spades.
RIP Lemmy – it’s no doubt quite a bit louder wherever you are! 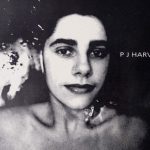 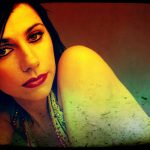