Please read Darren Scott’s pick for Johnny Cash at Folsom Prison before reading and listening to our reviews below.

Darren Scott’s selection of Johnny Cash at Folsom Prison was well received by the group as we kicked off our round of live album selections. This classic album of Cash’s was just the type of album he needed as he had been recovering from addiction issues and was out of the spotlight for a few years. The atmosphere of the prison and the raw energy that this album produced was awesome. Just when you think Johnny cash couldn’t get any cooler, he did.
Though some of us were not the biggest country music fans and were not drawn to this music in our younger years, we all agreed that this album was great and a must listen. Definitely listen to the legacy edition. Please listen to our audio review and enjoy-we sure did! 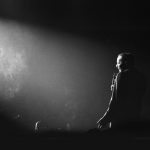 Frank Sinatra: Sinatra at the Sands

Review of Frank Sinatra: Sinatra at the Sands 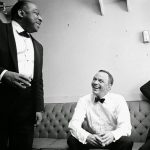