Please read Darren Scott’s pick for Toots & The Maytals: Funky Kingston before reading and listening to our reviews below.

As I (Darren) stumbled upon this classic reggae album in a time I needed some brightness, I took it as a sign. I was sure glad I did. This is a very fun and bright album from beginning to end. I have to say I was surprised that two of our members confessed they never really listened to reggae. We found out some funny facts and I think Scott Gregory revealed a bit too much. Ha ha. Listen along with us and we hope you took the time to listen to this fun album.
Find out not only factoids about the album, but also find out things like:
• The sample from a popular artist that Alain identified used Funky Kingston
• What two members identified themselves as not reggae fans but still enjoyed it
• Who makes the worst bong noise impression
Listen up and please leave us a comment.
The Sonic Collective 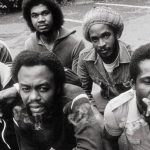 The Black Crowes: The Southern Harmony and Musical Companion 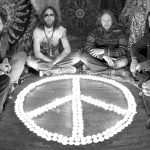