Please read Scott Coates’s pick for The Black Crowes: The Southern Harmony and Musical Companion before reading and listening to our reviews below.

Review of The Black Crowes: The Southern Harmony and Musical Companion

It is unfortunate that The Black Crowes will unlikely ever reform. Personality and personnel issues were known to the band through the history of the group. Their second album, The Southern Harmony and Musical Companion, really allowed them to write and record songs they wanted to be remembered for. After the monster success of their debut Shake Your Money Maker their label, Rick Rubin’s Def America, was very empowering by letting the band explore their sound instead of forcing them to stick to the catchy sound and covers featured on their debut. We loved this album, have a listen as to why and learn about this complex recording.
Here is a few things you’ll find out:
• What Allman Brothers member was hugely responsible for a part of their new sound
• Who is Jeff Cease and how his replacement contributed
• What other albums was this up against for air play
Listen up and please leave us a comment.
The Sonic Collective 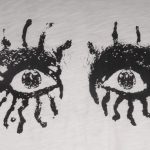 Alice Cooper: Love it to Death

Review of Alice Cooper: Love it to Death 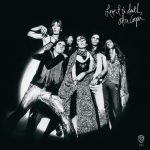