Please read and listen to Darren Scott’s pick for Talking Heads: Stop Making Sense  before reading and listening to our reviews below.

Let the live album round begin! I (Darren) was quite excited to pick The Talking Heads to start us off on our live album round. In 1984 the Talking Heads were really starting to attract a large audience after collaborating with Brian Eno on the 3 previous albums leading up to this concert. The movie was shot, and the album recorded, over the course of three nights at Hollywood’s Pantages Theater in December 1983, as the group was touring to promote their new album Speaking in Tongues.
We discovered many interesting things about this album so listen to our stories and opinions and be sure to listen along with us as we relive classic albums just like this.
Here is a few things you’ll find out by listening this month:
• Why the Tom Tom Club songs are played on this album.
• Brian Eno is not Canadian!
• Typical books don’t talk.
Listen up and please leave us a comment.
The Sonic Collective 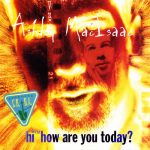 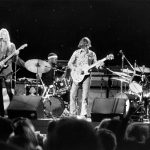