I’ve been listening to a fair bit of funky, jazzy, electronica lately: The Brand New Heavies, Chemical Brothers, Morcheeba and a few others. While thinking of similar bands, Massive Attack came to mind. I’d listened to their Blue Lines release a few times but hadn’t listened to this month’s pick, Mezzanine. Upon giving it a listen I realized there are a lot of tracks that I’ve heard before, namely Angel which was on the Snatch soundtrack and Safe from Harm which was featured on The Insider soundtrack. Some of my mixed chillout albums also have Massive Attack tracks on them.

Mezzanine is the third studio album by the Bristol, England, released on 20 April 1998. It took a long time to make and band members pushed themselves in various new directions, often finishing songs, then tearing them apart and almost starting again from scratch. It features many samples, ranging from Isaac Hayes to The Cure. In 2003, the album was ranked number 412 on Rolling Stone magazine’s list of The 500 Greatest Albums of All Time. It faired very well in the UK, entering the charts at #1 but didn’t do as well in North America, peaking at 51 in Canada and 60 in the US.

This is a potentially dark exploration, but one I’m looking forward to and I hope you enjoy doing so as well. Settle in to a relaxing spot and give it a roll. 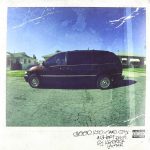 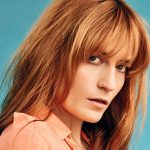