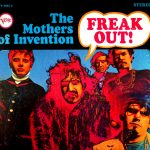 Review of The Mothers of Invention: Freak Out

Review of Radiohead: Kid A 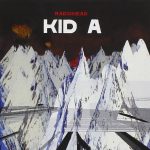