Hi there Collectivists. Collectivi? Collectovers? What’s up! This is Scott G from The Sonic Collective announcing our pick for July, 2020. This one was really hard for me. We’ve had a rap/hip hop theme going this round, and the guys have picked some amazing and diverse albums. I wanted to bring something equally interesting and diverse to the group but what? 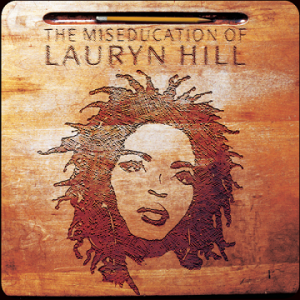 There’s a period of time called “The Golden Age of Hip Hop” that spans from the mid 80s to the mid 90s. Our previous picks, including Afrika Bambataa, A Tribe Called Quest, The Beastie Boys, Public Enemy and Dr. Dre all come from this period of time. I was about 21 coming out of that stretch of time, and I’m sure it had a deeply formative effect on my musical tastes and maybe even my world view.

So I knew I wanted to pick something just out of this pocket, preferably a female artist or group, and something more on the funky or soul side of the rap/hip hop spectrum. I also lean towards artists whose singles I’ve enjoyed, but have never gone much deeper on them.

My choice came to me when I was watching a show about the stand-up comedian Dave Chapelle. One of the things I admire about him was his willingness to walk away from fame and fortune to maintain his personal and creative integrity. The world was ready to anoint him a king if he played ball, and he said, “see ya!”

There’s another artist who was presented a crown that upped and walked away. She had acclaimed roles in multiple movies, multi-million unit selling albums, grammys, and a world ready to throw all the dollars at her. Lauryn Hill said no.

But before she said no. Before all the fallout from the disbanding of the Fugees and stresses of stardom led her to leave the public eye, Lauryn dropped one of the greatest rap albums of all time on us.

The Miseducation of Lauryn Hill, her one and only studio album came out in 1998 to rave reviews. They equally compliment her beautiful singing voice, excellent rapping and deep and honest lyrics.

Until now I’d never listened to anything other than the singles from the album. With this pick, we get one of the queens of rap and neo-soul into the mix with what some consider one of the top-ten overall albums of the 90s. I think that could be an accurate assessment if the rest of the album lives up to the singles.

So join us this month as we enjoy Lauryn’s infusion of rap, hip hop and neo-soul, inspiring a generation of rappers and women in general, as she lays her story on us at the Sonic Collective’s July pick: 1998’s The Miseducation of Lauryn Hill and be sure to check in with us at the end of the month to hear the crew’s thoughts and to share yours with us as well. See you then.

For a change in pace, we decided that the 4 Sonic Collective members should select albums from a randomly selected genre for everyones next pick. Hip Hop was chosen and for the second pick of this round member Scott Coates chose A Tribe Called Quest: People’s Instinctive Travels and the Paths of Rhythm.

Alain here – Thanks for tuning into the Sonic Collective! For the month of June, 2020 we continue our exploration of Hip-Hop, and once again, it’s my turn to choose our album. After Scott Coates pulled the rug out from under my feet in May by picking the same album I was planning to review (A Tribe Called Quest) I was at a bit of a loss for what album to pick. I consulted with one of my best friends, a guy who is very attuned to Hip-Hop culture and its fascinating history, and upon his recommendation, I landed on Afrika Bambaataa’s Planet Rock: The Album.

We first need to talk about who Afrika Bambaataa is, to fully understand why this album is so significant.

Lance Taylor, AKA Afrika Bambaataa, got his start in the New York party scene back in 1977, where he DJ’d Hip-Hop parties, brushing shoulders with other legends, such as Grandmaster Flash.  He vowed to use Hip-Hop to reach out to angry or disaffected youth, drawing them away from the trappings of gang life. Afrika Bambaataa founded the Universal Zulu Nation, a collective of socially and politically aware rappers, B-boys, graffiti artists and other people involved in the emerging hip hop culture. The goal of the Zulu Nation was to build a movement out of the creativity of the next generation of outcast youths with an authentic, liberating worldview. The Zulu Nation can be credited with spreading Hip-Hop music and culture via house parties, block parties, gym dances and mix tapes, further cementing it into the social zeitgeist.

Released in 1986, Planet Rock: The Album was a cornerstone album and one of the earliest successes in the genre of Hip-Hop. It attained gold status and generated an entire school of “electro-boogie” rap and dance music in its wake. Rick Rubin once said of its titular track, “One of the most influential songs of everything. It changed the world. There hasn’t been a song like it in Hip-Hop since.” Slant Magazine awarded the album #84 on its list of Best Albums of the 1980s, and the track Renegades of Funk was once covered by Rage Against the Machine.

Fun fact: Kraftwerk members received songwriting credits on Planet Rock. Bambaataa was heavily inspired by the band’s futuristic sounding electronic music, and interpolated portions of Kraftwerk’s songs, including “Numbers” and “Trans-Europe Express”.  I bring this up because Kraftwerk was one of my picks from way back in 2015, an album I chose to review based on how influential they were. It all comes full circle, my friends.

Enjoy Planet Rock: The Album, and check back at the end of the month to hear what we have to say about it.