Please read Scott Coates’s pick, The Jimi Hendrix Experience: Electric Ladyland, before reading and listening to our reviews below.

The group collectively agreed that this was an album we really enjoyed. Between Jimi Hendrix’s incredible guitar skills, the songwriting, and the production value, this one didn’t feel like a chore to get through. Quite the opposite, in fact. Is anyone surprised? This album sits at the precipice of bluesy, proto-hard rock, which makes for a really interesting musical journey. As our recommend score indicates, this isn’t an album to miss, so you should give this one a listen and let us know what you thought.

Alain Dupuis
Overall opinion: 4
Would I recommend?: 4
Influenced my tastes: 4

Scott Coates
Overall opinion: 4
Would I recommend?: 5
Influenced my tastes: 4

Darren Scott
Overall opinion: 5
Would I recommend?: 5
Influenced my tastes: 5 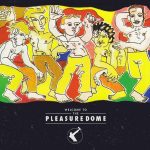 Albums that Changed Our Musical Tastes 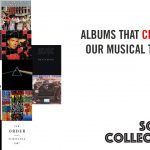