Our pick for January 2021, as part of our round of country and western albums, is Shotgun Willie, the sixteenth studio album by Willie Nelson. It was released in 1973 and marks his move from RCA to Atlantic Records, as Atlantic’s first country recording artist. He had creative differences with RCA, met Atlantic Records vice-president Jerry Wexler at a party, connected, and Nelson moved to Austin. There he found a city more hippie in nature than Nashville. He really brought together rockers and hippies, the first artist to really do so, and this album marks the start of the first of the ‘outlaw country’ genre. 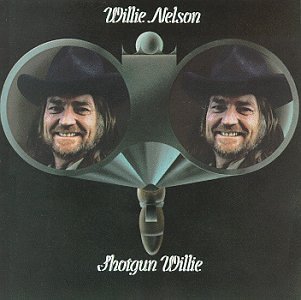 The album was a critical success upon release but didn’t initially sell many copies, outside of Austin, where it caught on immediately. Nelson knew he found a great collaborator in Wexler, when he asked him about commercial concerns when making an album, Wexler said, “Fuck commerce. You’re going for art. You’re going for the truth.”

Years later, Nelson said this album allowed him to ‘clear his throat’ and is his first album to feature Nelson with long hair and a beard on the cover. While being a prolific songwriter, he also regularly records others’ songs, with 5 of 12 tracks on Shotgun Willie not being written by Nelson.

It’s important to note just how prolific Nelson is. Born in 1933, at 87 years of age, he has put out an album almost every year and sometimes two or more, during his 59-year career. His first commercial album was released in 1962, he has 95 studio albums, 13 live albums, and 51 compilation albums.

The critical success of the album Shotgun Willie, combined with the critical and commercial success of Red Headed Stranger in 1975, then Stardust in 1978, cemented Nelson as a country music superstar.

Have a listen and see how you feel about this 1973 classic. 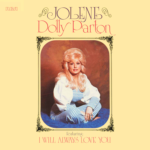 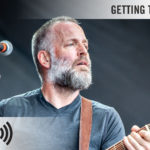