Alain here, and for February, 2021, it is my turn to pick an album for the guys to review as we mark the halfway point in our round of country music picks.

If you’re a faithful Sonic Collective listener, you’re probably well aware by now that Country isn’t exactly in our wheelhouses – and that’s despite the fact that most of us live or have lived in Alberta, which is basically the Texas of Canada. Around these parts, it’s not uncommon to see grown men unironically wearing cowboy hats. We’ve got no shortage of brilliantly talented Country Music artists from around these parts. Despite not being big into country myself, my favourite country musician is Corb Lund, a fellow Albertan, who I highly recommend you check out. But he’s not who I picked for this round. No, I wanted to look a bit further back into the history of country music, to explore the natural evolution of the sound. We had Dolly, then we had Willy, and now… we have Dwight.

Dwight Yoakam was born in Kentucky in 1956, but grew up in Ohio, where, as a youth, he was no stranger to music, acting, and playing in a band. In 1977, Dwight dropped out of college to pursue a career in country music. Unfortunately, he was an artist whose sound was considered broadly unmarketable by the Nashville elite. At the time, the “urban cowboy” pop music scene was in full effect, and Yoakam’s particular brand of honky tonk just didn’t meet the expectations of tastemakers. Not one to give up so easily, he made his way down to Los Angeles, and continued to perform, away from traditional country music channels, instead playing shows in rock and punk clubs around LA. He was trying to bring his brand of “new honky tonk” or “hillbilly” music, as he called it, forward into the 1980s. By playing these unorthodox LA scenes, he managed to diversify his audience beyond the typical country music fans, and his authentic, honky-tonk revivalism brought rock audiences closer to country music.

In 1984, Dwight bankrolled his first EP, Guitars, Cadillacs, Etc. Etc. on an indie label. His timing couldn’t have been better. During the time he was toiling away in Los Angeles, a style change in country music was afoot. The urban cowboy music was out, and neotraditional music based on classic styles, such as Yoakam’s honky-tonk inspired music, was now in demand.

For years, the “hillbilly” tag was something that country stars had made a concerted effort to ditch, from the countrypolitan sophistication of Chet Atkins and Billy Sherrill productions through the slick suburbanization of Urban Cowboy. And here was this punk upstart, tracking manure all over the split-level home that country music had built for itself, reminding listeners of the music’s outhouse era.

Guitars, Cadillacs, Etc. Etc., was a breakout hit, and caught the attention of Warner Music, who signed Yoakam and re-released the album in 1986, with four additional tracks. The album spawned his first two hit singles: Honky Tonk Man, a remake of a Johnny Horton song, and the title track Guitars, Cadillacs. The stylish video Honky Tonk Man was the first country music video ever played on MTV.

Guitars, Cadillacs, Etc. Etc. became the first of what would ultimately be three consecutive number one albums on the country charts for Dwight Yoakam, who in 1986 was nominated for two Grammy awards in association with Guitars, Cadillacs, Etc., Etc.  He won Top New Male Vocalist at the 1986 Academy of Country Music Awards. AllMusic stated that it was: “an astonishing debut, Guitars, Cadillacs, Etc.  Etc. changed the face of country music single-handedly and remains one hell of a party record.”

I chose this album, not only because it had a major impact on the shape of country music in the 1980s, but because it seemed like a good pick for us to better explore evolution of the genre through the decades. In Dwight’s own words: “I think it’s incumbent upon the individual artist in any given generation to maintain their contact with the traditional forms and the fundamental aspects of any genre.”

Rumor has it that Johnny Cash once cited Yoakam as his favorite country singer. Chris Isaak called him as good a songwriter as ever put a pen to paper. Time Magazine dubbed him “A Renaissance Man” and Vanity Fair declared that “Yoakam strides the divide between rock’s lust and country’s lament.”  High praises indeed. So what will the Sonic Collective think of Yoakam’s debut album? Tune in at the end of the month for our review episode to find out. And if you’re listening along with us, let us know! 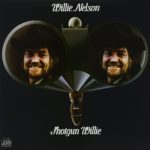 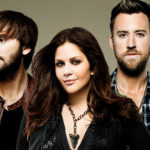 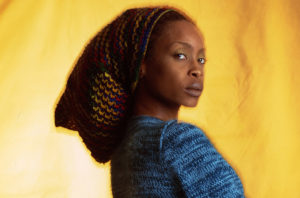 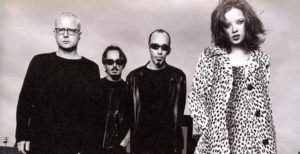 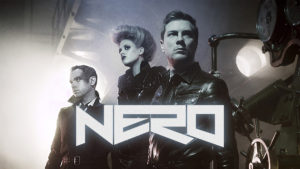