Please read Scott Gregory’s pick, Lady A: Need You Now, before reading and listening to our reviews below.

Review of Lady A: Need You Now

Our fourth and last pick of our country music round of four influential country music artists was chosen by Scott Gregory. He chose Lady A’s Need You Now.

Please go back to our last episode to listen to why Scott Gregory chose this album and then dive into this review and find out what we liked, and did not like about this classic album.

A few things you will find out in this episode are:
• Should this album be considered groundbreaking or influential? Errrr…. maybe not.
• One of the band members was on America Idol twice. How did they do?
• Why trying to be sensitive to the Black Lives Matter movement and changing their name was very poorly executed and thought through.

To complete our round of country music artists, Scott Gregory closed us out with Lady Antebellum’s Need You Now album. As this was a much more modern pick than Dolly Parton, Willie Nelson, and even Dwight Yoakam.

Though our scores are low, we all agreed that we actually didn’t have much bad to say about this album. We found that when we rate albums we are really looking for albums that have a unique sound, push a musical genre, or are influential albums that other artists and critics like for being leaders.

Unfortunately, as Darren stated, this album is like “Toast with margarine…”. It is a very pop-centered album that doesn’t have a unique sound or does it push the country style forward. Again, a nice album, sounds great, but just so very very pop. Listen to what else we dug up and enjoy this episode.

Scott Gregory
Overall opinion: 3
Would I recommend?: 3
Influenced my tastes: 1

Scott Coates
Overall opinion: 1.5
Would I recommend?: 1
Influenced my tastes: 1

Darren Scott
Overall opinion: 2.5
Would I recommend?: 2
Influenced my tastes: 1

Alain Dupuis
Overall opinion: 4
Would I recommend?: 3
Influenced my tastes: 3 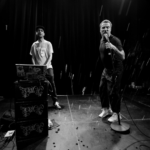 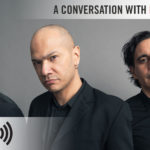