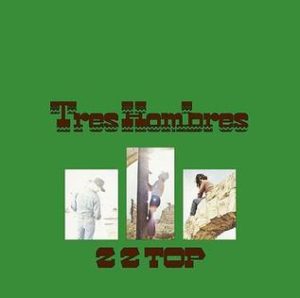 Billy Gibbons, singer for ZZ Top, recently released a new solo single, which got me listening to ZZ Top’s back catalogue. Over the years I’ve become fascinated with how musicians cross paths and influence one another. This was the case years ago when I read an interview with Jimmy Hendrix where he cited Billy Gibbons as an influence. “What” I thought? Billy Gibbons was rocking way back then? Turns out not only was he around, but inspiring those around him, particularly with his band Moving Sidewalks.

His next band, ZZ Top formed in 1969 in Houston, Texas, went through a lineup change, then settled on its long term iteration of Billy Gibbons, Frank Beard and Dusty Hill. Their music has always been a combination of blues and rock and they’ve been putting out tunes for more than 50 years!

This about the band’s name from their Wikipedia page: The name of the band was Gibbons’ idea. The band had a little apartment covered with concert posters and he noticed that many performers’ names used initials. Gibbons particularly noticed B.B. King and Z. Z. Hill, and thought of combining the two into “ZZ King”, but considered it too similar to the original name. He then figured that “king is going at the top” which brought him to “ZZ Top.”

This month we’ll focus on the band’s third album Tres Hombres, which was released in 1973. While not very warmly received upon its release, as time has passed, it’s regularly recognized as the band’s finest album. It was their first album to enter the Top 10 and single La Grange reached number 41 on the Billboard Hot 100.

Get ready to soak in the blues, rock, and dive fully into the original early roots of what has made ZZ Top one of the world’s greatest and longest standing rock bands. 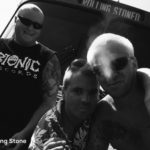