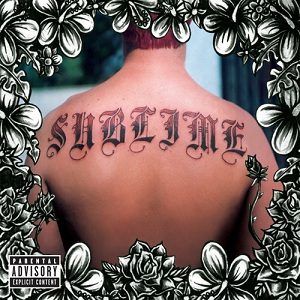 I’ve always loved when unlikely musical genres come together. Even if the sum isn’t necessarily always greater than its parts, the outcome is often quite interesting. It could be the fusion of hip-hop and rock. It could be metal and orchestras. Or it could be punk and reggae, as is the case with a band like Sublime.

Sublime formed back in 1988, in Long Beach, California. The original members of the band only listened to punk, and it wasn’t until singer Bradley Nowell joined and introduced the other guys to reggae and ska music that the band developed their signature sound.  While their eclectic fusion of genres initially didn’t help them book many shows, the band demonstrated a lot of tenacity, starting their own label, Skunk Records, and sought out local ska bands to play with. Eventually Sublime built a pretty solid following in California on the back of their live shows, and in 1992, they proceeded to record an album through their own label. This provided a minor boost in popularity, but it wasn’t until their third record was released, this time on a major label, that the band would achieve mainstream success.

This month, we’re listening to that album. Sublime, the band’s self-titled third, and final album was released by MCA Records in the summer of 1996. Eventually going 5x platinum, Sublime spent an impressive 122 weeks on the chart, cracking Billboard’s top 20 with a peak position of 13. Four singles from the album received major radio airplay, including What I got, and Santeria.

Unfortunately, despite all the commercial success, the band had broken up by the time the album was released, due to the untimely passing of lead singer, Bradley Nowell. Throughout the album’s production, Bradley had been struggling with a nasty heroin addiction, one that ultimately cost him his life – just weeks before the album would launch Sublime into the mainstream. The band called it quits. One of Sublime’s managers was quoted as saying that “the surviving members of Sublime had no interest in continuing to perform and record under the ‘Sublime’ name. ” Just like Nirvana, Sublime died when Brad died.

Over two decades have come and gone since Nowell’s death, and the dissolution of the band, and yet Sublime’s impact can still be felt today. Spin Magazine includes Sublime on its list of the best albums of the decade, opining that it “redeemed” modern rock radio in the post-grunge era. It deems Sublime “a tragic contradiction: a confident, clearheaded work by an artist coming into his own and at the same time losing control.”

As we dive into June, I invite you to soak up the sounds of mid ‘90s California with us, and be sure to come back at the beginning of July to hear our review of Sublime’s self-titled album. 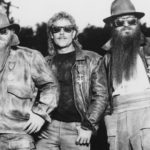 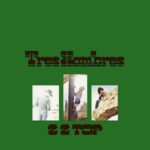