Please read Scott Coates’ pick for The Mirror Conspiracy: Thievery Corporation before reading and listening to our reviews below.

Essentially a two person ‘band’, Eric Hilton and Rob Garza wrote, produced, and recorded this on their own, with guest Pam Bricker featured on a few tracks.

The gang was not united in their feelings about our pick for February, Thievery Corporation’s, The Mirror Conspiracy, which was originally released in 2000. Half of us loved it, while the other half were not so enthusiastic and for a variety of reasons.

One of the things we enjoy about reviewing music is the different responses we all have to it and how each person interprets a musical work in a different way and this month was no exception. Listen to our conversation to get an idea of where we came in on the album and why. 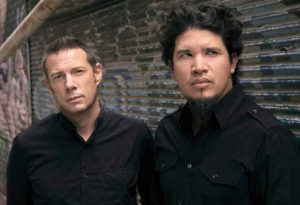 Scott Coates
Overall opinion: 4
Would I recommend?: 5
Influenced my tastes: 4.5

Darren Scott
Overall opinion: 2
Would I recommend?: 2
Influenced my tastes: 2

Scott Gregory
Overall opinion: 4.5
Would I recommend?: 5
Influenced my tastes: 4

Alain DuPuis
Overall opinion: 2.75
Would I recommend?: 2
Influenced my tastes: 2.5 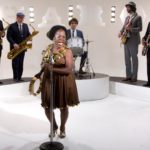 Dap-Dippin' with Sharon Jones and the Dap-Kings

Review of Dap-Dippin': Sharon Jones and the Dap Kings 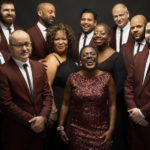