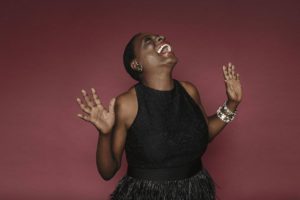 Dap-Dippin’ with Sharon Jones and the Dap-Kings

Hey everyone, big thanks for checking out The Sonic Collective. I’m Alain, and it’s my turn to pick the album we’re reviewing this month (March 2022). Darren kicked off our latest round of reviews by selecting a theme of soul music, and that’s the genre we’re continuing to explore. Soul is a style of music I’ve admittedly been sleeping on until very recently, but I’ve come to really appreciate it.

The album I’ve chosen for us check out is Dap Dippin’ with Sharon Jones and the Dap-Kings. This is a really cool one. Despite being released in 2002, sonically, this album would be right at home in the mid-1960s to mid-1970s, because S.J. and the D.K. were part of a revivalist movement of funk and soul music.

It all started back in the year 2001. Daptone Records had just been created in Brooklyn, New York by Neal Sugarman and Gabriel Roth (aka Bosco Mann), who wanted their independent record label to empower funk and soul artists. Both Sugarman and Roth were musicians in their own bands. Among the first artists to be signed to Daptone records was Sharon Jones, former corrections officer turned signer that Roth had previously worked with. Jones needed a backup band, so the Dap Kings were formed, with Roth on bass, Sugarman on saxophone, and the talents of numerous other musicians, singers, and instrumentalists.

The group secured a summer residency at a club in Barcelona, Spain, and recorded their debut LP, Dap Dippin’ with Sharon Jones and the Dap-Kings. Only a few hundred copies were initially pressed, with the intention to sell over the course of their residency to help cover the costs. Promotional copies were also sent to funk DJs and reviewers. The album was officially released as the first LP and CD on Daptone Records in 2002.

Dap Dippin’ wasn’t a commercial success by any means, though it was well received by critics. What makes it an important album is that it was the launchpad to future successes that the group would find. They would release a total of 7 albums, receive Grammy nominations and and win several prestigious awards in later years.  They also found some commercial successes with their work being licensed for use in advertisements and soundtracks.

Over the years, various members of Sharon Jones and the Dap-Kings, including Jones herself would go on to collaborate with notable musicians. Amy Winehouse, Mark Ronson, Bruno Mars, Sturgill Simpson, and Michael Buble, to name but a small few.

Sadly, Sharon Jones passed away in 2016 from cancer at age 60, cutting the music career she found later in life much too short. The members of Dap-Kings were with her during the final weeks before her death. Miss Jones helped create a legacy. The Daptone Record label is still active, and inexorably tied to Sharon Jones.

I haven’t listened to the full album as of this writing, aside from some very cursory scrubbing through a few tracks, but I can already tell it’s going to be a really fun one to explore. As always, the Sonic Collective team will get back together at the end of the month to share our thoughts and opinions with each other. I hope you’ll listen along too, and join us again at the end of the month. Feel free to share your thoughts and opinions on our website (thesoniccollective.com) or find us on Facebook and Twitter.

Thanks for tuning in, and we’ll catch you at the end of the month. 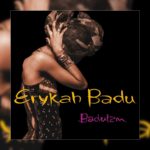 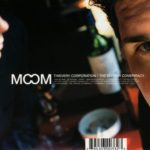