Please read Scott Coates pick for DJ Shadow:
Entroducing before reading and listening to our reviews below.

Ok, first of all, this is a complex album. It is long and full of many experimental songs manufactured by DJ Shadow with basic equipment and lots and lots of samples. Though we didn’t rate it high as a group, there are definitely those who will love this album. It has some great historical value and there is no denying the talent of DJ Shadow. Listen to our reviews and find out what the good, bad and sometimes ugly was about this album.
The Sonic Collective 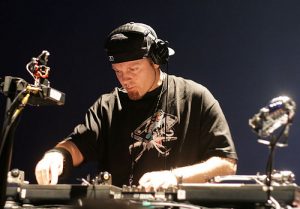