Jeff Buckley’s Grace was his only album. Shortly after the release of this album Jeff died in a strange drowning accident. None of us really knew this album, but with heavyweights like David Bowie and Jimmy Page citing it as one of their favourite albums, we knew it had to be great … right? Well… it didn’t quite go the way we thought. Listen and find out why.

Hello everyone and welcome back to The Sonic Collective. I’m Scott G and it’s my pleasure to bring you the pick for March, 2020.

I don’t know why it’s taken me this long to make this selection. Maybe it’s because the Album never really saw the staggering commercial success many of our other picks did in North America. Maybe it’s the fact the artist only completed one studio album before his untimely death in 1997.

Jeff Buckley’s 1994 album Grace had a lasting impact on some of the greatest rock artists of all time. Jimmy Page is quoted as saying it was one of his favourite albums of the decade, and other artists such as Robert Plant, Chris Cornel, Bob Dylan and David Bowie also spoke highly of Buckley and the album. Rolling Stone listed it at number 303 of their 500 Greatest Albums of all Time. 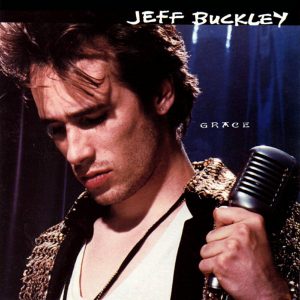 Buckley is an incredibly gifted guitarist and vocalist, and his eclectic taste in music led to a rich variety of influences that trace shadows across the entire album. His cover of Hallelujah by Leonard Cohen has since gone up the charts several times, and is an absolutely haunting hour of music.

It’s one of my favourite albums of all time, and I’m overdue sharing this love with you. I wonder, how many of the guys didn’t discover Jeff until after he was already gone, or maybe they still haven’t really ever checked him out? We’ll see. I hope you enjoy it as much as I do, and I look forward to you joining us at the end of the month when The Sonic Collective comes back together and shares our thoughts on March 2020’s pick: Jeff Buckley’s 1994 album Grace.