Radiohead’s Kid A was ranked #67 on Rolling Stone’s top 500 albums of all time. While researching what album to pick Scott Coates settled on this one. None of our members had ever really listened to much Radiohead  and none of us had listened to this particular album. 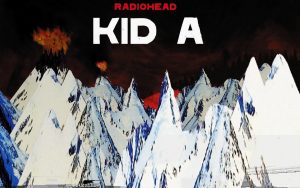