Most music fans have heard of, and likely listened to some of Cheap Trick at Budokan. The iconic live recording was released in 1979 and propelled Cheap Trick to stardom back in their home country and around the world. But this was actually their fourth album, originally recorded for Japan release only, for their rabid fans that had followed them closely since their first album in 1977. It was recorded on the heels of the release of the band’s third studio album Heaven Tonight, which is now regarded as their best studio effort.

The band formed in 1973 in Illinois, USA, and took a number of years to find the right members and gel, but once they did, they went on to crank out an impressive amount of material in a very short period of time. They released five big albums between the winter of 1977 and summer of 1979, forming the backbone of what still today comprises much of their live set. This output is seriously impressive and their sound was never better than on Heaven Tonight.

I really got in to Cheap Trick at Budokan in February 2014 and think it’s one of the best live albums ever. Their sound is so raw and authentic; it completely draws me in. But like most live albums it’s more or less a compilation of greatest hits at that time, and I’d never heard an entire Cheap Trick studio album. I’ve seen Cheap Trick guitarist and main composer Rick Nielsen perform with Foo Fighters a few times over the last couple years and this got me interested in diving a bit deeper in to the world of Cheap Trick.

So here we are – selected is what is widely considered to be the greatest studio album by Cheap Trick, a legendary rock band, referenced in countless pop culture sources over the decades, including the movie Fast Times at Ridgemont High (the first time I ever heard their name) and yours for devouring – Heaven Tonight. Enjoy the ride.

Something new: During the selection process for this month’s pick, I came to enjoy a number of noteworthy albums I recommend you give a listen to if you have time: 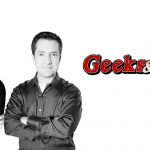 Review of The Beta Band: The Three E.P.’s 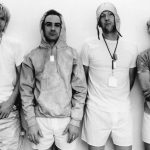