Yeah, I know, it’s a bit of strange pick, but when I started reading up on it, the phrase “A science fiction update of Peter Pan filtered through the teen angst of Springsteen” came up and I thought How can that not be worth a second look??
Bat out of Hell is a strange album – an influential and highly successful effort with dense and complicated lyrics that glorify the sheer power 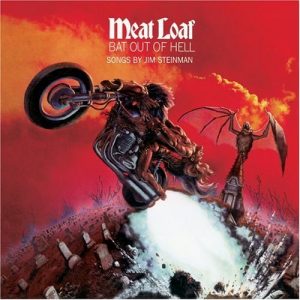 of rock and roll – or, rather, ROCK AND ROLLLLLLLL!!!! It sits on a gold and red velvet throne atop the genre of…what? Early glam rock? Rock and roll musical theater? Heavy metal lite? Progressive rock opera? It’s hard to pin down, but the 40+ million copies it’s sold since it was released in 1977 is hard to ignore.
This album holds a special place in my heart, as I “discovered” it during a very musically fertile time in my life, but it’s been ages since I gave it a solid listen. I wonder how it holds up, and am even more curious to hear what my esteemed Sonic Collective brothers think.
Links
Bat out of Hell on iTunes
Wikipedia page
Short article on how the album came to be, and the fallout of its sucess 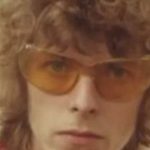 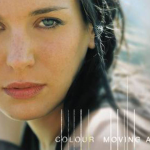