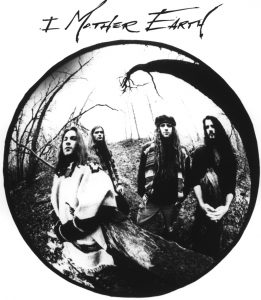 Dig is the debut album by the multi-platinum Canadian alt-rock outfit known as I Mother Earth. According to Wikipedia, the album is “noted for its metallic sound, balanced with psychedelic-style lyrics and instrumentals, and further backed by Latin percussion.” Dunno about you, but that sounds like a shitmix I can certainly get behind.
I’ve never actually listened to Dig, so I don’t really know what to expect, but I’ll tell you this much; their sophomore album Scenery and Fish was listed high among my favourite albums as a kid, and more than any other album in that (pretty short) list, I still never get tired of it. But the truth is, I really don’t think I can consider myself a true I Mother Earth fan until I give Dig a serious listen.
So, friends… am I setting Dig up to fall short of the expectations cast by IME’s sophomoric release? Will Dig blow my mind? How many more times am I gonna say Dig? I guess you’ll have to tune in to our review at the end of the month to find out!
Alain Dupuis
Links
Album Link on iTunes
Album Link on Amazon
I Mother Earth’s website
I Mother Earth on Twitter
I Mother Earth Wikipedia
Dig Wikipedia page
Other Albums Considered this Month
Alanis Morisette – Jagged Little Pill
Our Lady Peace – Naveed
Snow – 12 Inches of Snow 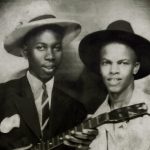 Review of Robert Johnson: King Of The Delta Blues Singers

Review of Sam Roberts: We Were All Born In a Flame 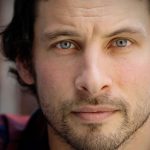