Please read Scott Gregory’s pick for CCR:
Pendulum before reading and listening to our reviews below.

We had some fantastic conversation around this album as usual. A band like CCR deserves so much respect for what they were and what they did for rock music in the late 60s. The band is famous for breaking apart and John Fogarty holding a grudge against the other 3 members, including his brother Tom Fogarty, Stu Cook and Doug Clifford. Listen to what we thought of this album and learn about the history of CCR.
The Sonic Collective 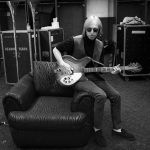