This month’s selection is by Scott Gregory.

This month, I wanted to get a little adventurous and pick something outside of my normal tastes. Something international maybe? And why not make it a female artist to boot. I wanted to challenge my familiarity and comfort level to the maximum. Looking at the checklist, Bjork immediately came to mind.

Here at the Sonic Collective, we usually try to listen to albums that stand out in some way. Often it’s the sales and awards the album receives. Bjork’s 1997 album Homogenic was nominated for a grammy for Best Alternative Rock Performance, losing to Radiohead’s OK Computer. I guess if you have to lose to another album, that’s high on the list of ones to lose to. Homogenic certified gold in the US and Canada and Platinum in Europe, which are pretty solid numbers for such an eclectic-sounding artist.

But what Bjork does deliver on in spades is a playful, daring, and unique sound. All the tracks I’ve ever listened to by her have been bold departures from each other. While that’s common for artists that like to change things up and experiment as the years go on, I’ve found myself asking what would what the relationship be between Bjork’s songs on the same album? Would there be some coherence threaded through the tracks? Does her musical vision extend to the album level, or would it turn out to be a collection of songs that have little to do with each other?

I don’t usually stray too far away from the top albums of all time side of the pool, so I’m hoping this swim far from shore puts us in the way of something interesting. A quick peek at the ratings for this album has me hopeful something magic is on the way.

With all that said, please join me and the rest of the Sonic Collective this July in listening to Bjork’s 1997 album Homogenic, and be sure to tune in at the end of the month when we get together and share our thoughts. 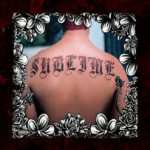