This might meander at first, but bear with me:
In 1990 I was just coming into my personal musical renaissance. My social circle was expanding, and with it, my exposure to all types of music and bands I’d never heard of. It was awesome. Among my new friends was a guy named Tim. Tim was, to me, the coolest guy in high school. He had a cool car. His girlfriend was beautiful. He was the lead in the school play. He wore clothes that no one else could get away with. He made short superhero movies during his spare periods. Jocks loved him. Drama geeks loved him. Teachers loved him. He rode BMX, told the best jokes, and was an incredible artist. Everything about him was cool. Except for one thing – his taste in music.
To a wannabe like me, some of it was okay, but most of it was just weird, and none more weird than his favorite band – Jane’s Addiction. Their album Ritual de lo Habitual would blast out of his room whenever I visited, and I just didn’t get it. They were awful. Their music was all over the place, the singer had a screeching, scraggly voice with no finesse, and I never gave them much thought beyond that. Maybe I just wasn’t cool enough or mature enough to really appreciate it? Over the years a song or two of theirs occasionally drifted in and out of my consciousness and I read their name sometimes in articles on influential artists, but I never really gave them a good listen. So, I thought this might be the perfect opportunity. 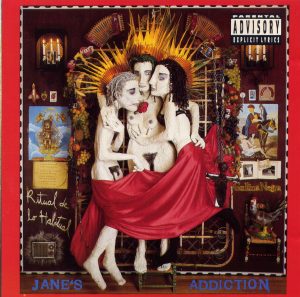 Formed in 1985, the band managed to slalom past the tragic gravity wells of various styles and fads – hair bands (Cinderella, Poison), hard rock (Guns N’ Roses, Skid Row), pop (REM, U2), and the early days of grunge (Mother Love Bone, Sonic Youth). They maintained their unique sound and gained a large cult following before breaking up in 1991, when their farewell tour launched Lollapalooza, the Granddaddy of modern rock festivals. (That was also the same year Nevermind blew everyone else right out of the water, so maybe it was good timing).
As Jane’s Addiction, vocalist Perry Farrell, guitarist Dave Navarro, drummer Stephen Perkins, and bassist Eric Avery have inspired a wide swath of the industry and have retained a loyal following, even as the members moved on to various solo projects (most notably Farrell and Navarro). The band has reunited several times since then to various levels of acclaim, but none of their efforts have resonated like Ritual de lo Habitual did. Indeed, Rolling Stone listed Ritual de lo Habitual #55 on its list of top 100 albums of the 1990s.
But despite never being a fan, even now – 25 years later – I’m immediately transported back to Tim’s basement whenever I hear the spoken opening words to Stop (performed by Cindy Lair – yowza). I wanted to give this album a solid re-listen as an adult, and get the input from you fine gentlemen as well to see if the album improves with time and a more mature point of view, or if it’s really just designed for a specific type of listener at a specific point in time. I have a feeling it’s the former, as these two conflicting reviews from Rolling Stone attest:
October 1990: “Ritual de lo Habitual finds Jane’s Addiction thin and wandering…Split into a hard-rockin’ side and a prog-rock side, the album doesn’t cohere — whatever the band members have been doing for the last two years, they haven’t been practicing much.” – RdlH album review
April 2011: “Ritual is the album most likely to convert skeptics. Not only does it have two great singles — the game of sonic peekaboo “Stop!” and the anarchist manifesto “Been Caught Stealing” — but the whole record rides a groove that’s as hard and frenetic as the Santa Monica Freeway leading right into these surfers’ beloved curl.” -100 Best Albums of the 90’s list
-Greg Jorgensen
Please click here to read our reviews of Ritual de lo Habitual. 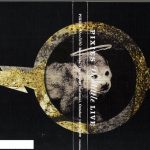 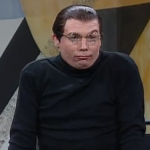