“For me, The Beatles are proof of the existence of God.” – Rick Rubin

For this month’s pick I may be accused of playing it a little safe or picking an obvious choice. That being said, I just don’t see how we could be in a music collective that specializes in older albums that influenced other great bands. This is our 9th month and I just felt we could go no further without taking the time to listen to what is arguably the best rock album ever made as chosen by Rolling Stone magazine.
Being 45 I actually remember listening to Beatles albums as a kid and I actually had a digital watch when they first came out that had a crude alarm that played Hey Jude. Of course I have listened to lots of Beatles over the years but to be honest I never really sat and listened to many albums from start to finish. I picked up Revolver a few months back on vinyl and it blew me away how good it was. I don’t ever remember really listening to the full album of Sgt. Pepper’s Lonely Hearts Club Band and a quick look at the track list had me not sure I’d heard several of the songs. I feel like a musical hypocrite by not having given this album its due. Now is the time.

“It was a peak,” Lennon told Rolling Stone in 1970, describing both the album and his collaborative relationship with McCartney. “Paul and I were definitely working together,”

I am excited to diver into this classic album and to see what the Beatles had to offer as they neared the twilight of their career. So, even though this may seem like an obvious choice I would ask all our readers to take the time and listen to the album with us. It may help to get into the psychedelic vibe before listening and to pay homage to these 4 lads from Liverpool.
The Making Of Sgt. Pepper’s Lonely Hearts Club Band 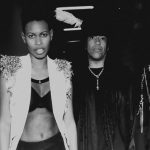 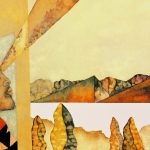