I’ve recently been listening to concerts and tracks (Unfuck the World – amazing video) from the newly formed super-group Prophets of Rage and been enjoying them a good deal. Pumped for their album coming out in September 15, 2017. I also re-watched an episode of Dave Grohl’s Sonic Highways where Public Enemy frontman Chuck D is interviewed and it got me to thinking about Public Enemy. I realized I’d never listened to one of their albums in full. Well it’s time.

It Takes a Nation of Millions to Hold Us Back was released in June 1988 by Def Jam Recordings and was the band’s second studio album. It quickly went on to be named by many to be the best album of the year and has continued to grow in significance since then. The lyrics are poignant and it represents a snapshot of America in the late eighties. Strap in for a rap journey that’s regarded as one of the greatest of the genre…
Links:
Album on iTunes
Album on Amazon
Wikipedia Information on the album. 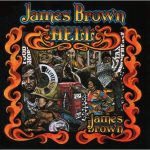 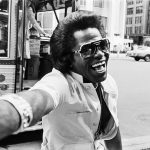